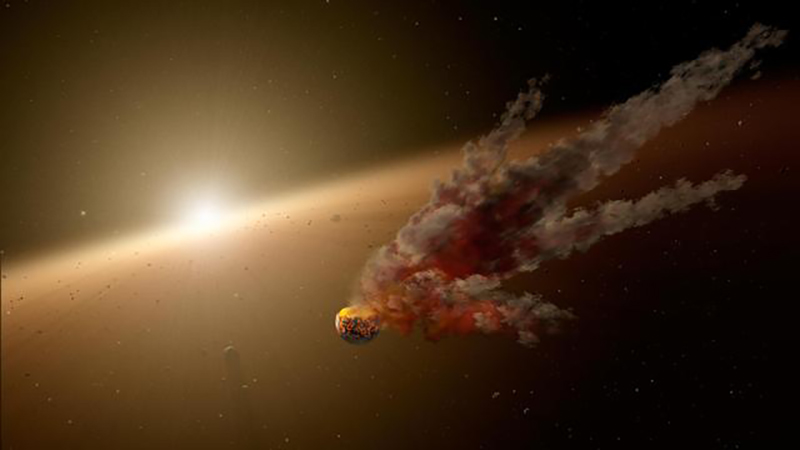 The idea of carrying out an asteroid drill sounds like the stuff of science fiction, but this is science fact!

As a general rule, people like to be prepared for every eventuality and NASA are no different- welcome to a world where there’s such a thing as an asteroid drill! For most of us there’s already enough to worry about in normal life without planning how to deal with large, hurtling lumps of molten rock as well, but it’s the job of agencies like NASA and the European Space Agency to puzzle out these interplanetary problems. Is a huge asteroid strike on earth likely? Luckily, no. But is it impossible? Not at all!

The phrase ‘asteroid drill’ is a bit of a scary one, but what does it actually mean? Well the various space agencies around the world want to simulate what would happen if the planet were hit by a huge asteroid thrown into our atmosphere from space. They’re not just thinking about the lumps of rock that regularly burn up in the atmosphere, they’re nowhere near terrifying enough. They’re thinking about something that would wipe out a city the size of Tokyo!

The focus is on simulated information-gathering, for example finding out very quickly where and when the asteroid is likely to land. Communications are also key, with governments having to cooperate to potentially evacuate millions of people from a likely strike zone. The more you learn about asteroid drill, the more you hope that this all remains hypothetical and never happens for real!

What have asteroids ever done to us?

Obviously you wouldn’t want to be hit by a falling asteroid, but are they really such a big deal? Well depending on the size, potentially yes. In rural Siberia in 1908, a huge explosion spontaneously flattened 2,000 square kilometers of forest. The culprit was eventually found to be a huge asteroid that burnt up on entry into our atmosphere, turning it into an air-borne bomb. The miraculous fact that no one was hurt is only down to the fact that no one lived there! Imagine that happening over a populated urban area nowadays…it doesn’t bear thinking about.

Of course, we can’t really talk about cataclysmic asteroid events without giving a shout out to the dinosaurs as well. The leading theories on their disappearance all stem back to a huge asteroid strike on earth that led to mass extinction. It’s a good job NASA and friends are working on a plan then, just in case it happens again!

Time is of the essence for asteroid drills

It would be tempting to imagine that we would spot any sinister-looking asteroids years in advance, giving us lots of time to prepare our defenses, but that’s not necessarily the case. NASA considers that we may only have days or even hours to formulate a response if a threatening object is spotted late, so it’s critical that everyone knows what they’re doing right from the start.

Even if we have time to prepare however, it’s still a good idea for them to get some practice in. It would take quite a while to evacuate a city like LA or London if they were the likely landing sites after all!

Try not to worry TOO much…

Scientists identify 150 or more ‘Near Earth Objects’, or asteroids, every month. Not many of them actually enter our atmosphere, and even fewer are large enough to cause a problem. There are some bigger objects on the horizon though, and scientists are currently tracking a rock that could potentially be on a collision course with earth in about 10 years’ time.

That’s why asteroid drill is so important though, and why we shouldn’t be starting a mass panic just yet. Maybe that rock will come our way, and maybe it won’t. But you should sleep easier knowing that some of the best minds on the planet are working hard today to keep us all safe tomorrow!

Want to practice an Asteroid Drill yourself? Download TerraGenesis today!