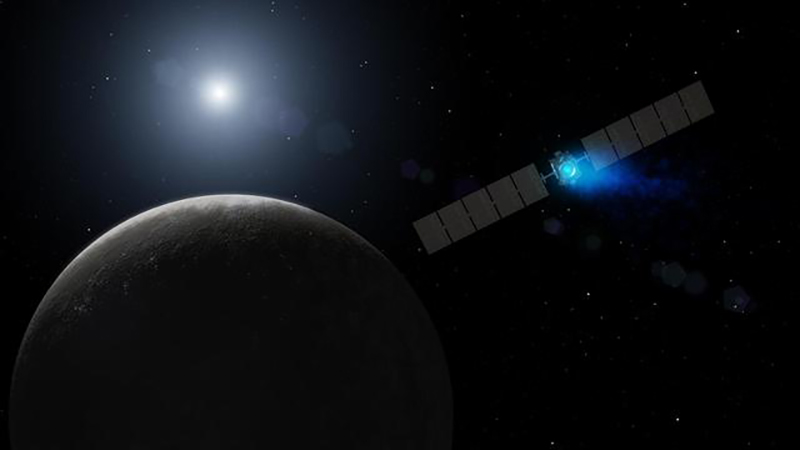 The dwarf planets of our Solar System present a tricky set of problems for terraforming. Whilst there are plenty of them to pick from, they wouldn’t be straightforward options. Firstly, they are all incredibly large distances from the Sun and therefore heat, or the lack of it, would present a major obstacle to life. Furthermore, each of these candidates have no atmosphere at all meaning artificial alternatives will need to be sought.

We can take it as read that for life to exist on these dwarf planets they would need a huge influx of oxygen to become sustainable. No easy feat but a necessary one.

Oh Pluto, our dear old friend who was rudely ousted from our collection of planets in the solar system by the International Astronomical Union not too many years ago. Even a display of its love for us, with its heart shaped land mass seen by New Horizons, wasn’t enough to bring its status of planet back.

Pluto, whilst lacking atmosphere, does have both nitrogen and methane trapped in its ice. One potential terraforming solution is to melt then evaporate this ice to create an atmosphere that would then leave a rocky surface. The main issue with this, and the other dwarf planets, is that this atmosphere would simply move on from the planet thanks to the lack of gravity and magnetic fields.

Interestingly, Charon and Ceres present somewhat easier terraforming prospects than Pluto. Charon and Ceres, rather than methane and nitrogen, both have an abundance of water-based ice which could be melted to create oceans which could then support floating continents. The continents could then be covered with plant life to help support the atmosphere and create a readily available supply of oxygen. Once again, the atmosphere would need to be artificially enclosed in order to prevent it escaping deep into space.

Eris’ makeup presents something of a combination of the two examples above. Whilst it would end up becoming a water world after the ice has been melted, much of the ice is methane based which would create a somewhat toxic atmosphere. External supplies of oxygen would need to be delivered.

When working on the terraforming of dwarf planets, humans will face a number of interesting challenges which other planets might not present. Firstly, we’ve discussed above the need to enclose an atmosphere to prevent it escaping. Whilst, theoretically, this is possible using a huge dome like enclosure it creates an issue when one goes to leave the planet. To maintain atmospheric integrity, a simple gate wouldn’t be possible. Instead, it’s more likely huge airlocks would exist at each pole.

Avoiding complete catastrophe thanks to asteroid impacts is another issue. Firstly, because an asteroid style impact would destroy any dome in place but also because it would be very difficult to predict potential strikes. The orbits of these dwarf planets are so huge that they regularly pass through deadly radiation fields, are open to solar winds and wandering asteroids.

All in all, when it comes to terraforming for human life, the dwarf planets don’t present likely options. Interesting in theory, but unlikely in practice.

Want to try terraforming these Dwarf planets for yourself? Download TerraGenesis today!