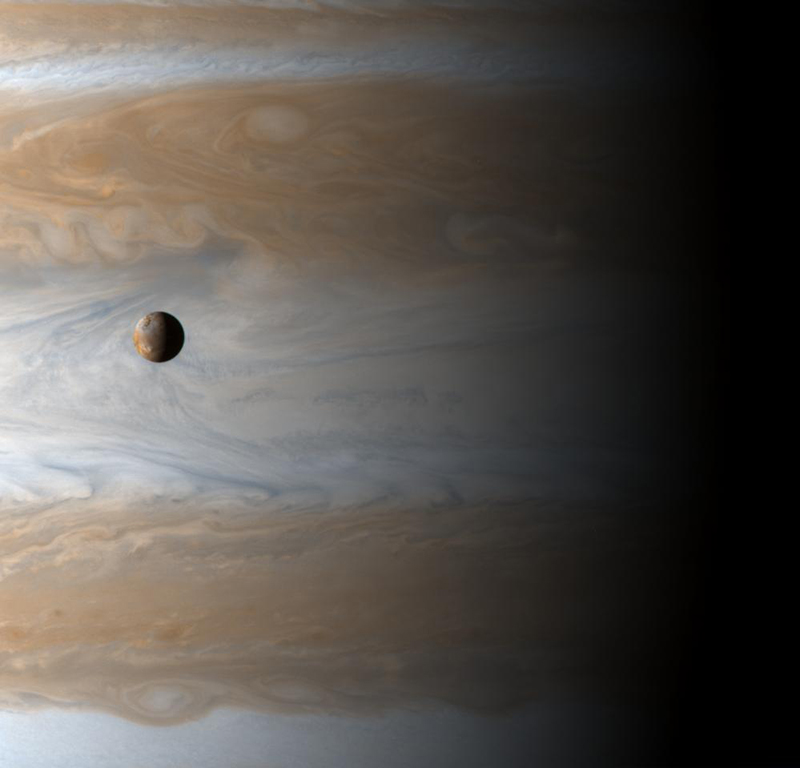 What would terraforming look like for candidates in Jupiter’s orbit?

Terraforming the moons in Jupiter’s orbit is a topic that has captured both scientists and writer’s imaginations alike. Since the Arthur C Clarke novel 2010: Odyssey Two the moons orbiting Jupiter have been seen as terraforming candidates. Is this feasible or is it truly only the stuff of science fiction?

The largest of not only Jupiter’s moons but also the largest moon in the Solar System. No wonder that Ganymede is a popular terraforming prospect. It’s roughly the size of Mercury but with a lesser mass, plus scientists believe that there may be liquid water held beneath the surface. This makes for a relatively straightforward terraforming process, with the introduction of greenhouse gases (from nearby Io) and the use of the strong magnetosphere which should sustain an atmosphere.

That said, the size of Ganymede just might not be large enough to have the gravitational pull to keep that atmosphere in place. Plus, in its current rotation a day lasts for 3.5 days on Earth. In order to make life sustainable that would need to be decreased. A challenging prospect but one specked with possibilities.

The current icy gem of Jupiter’s moons. Whilst, on the surface of it, Europa looks like a good prospect for terraforming (plentiful ice, decent relative size) there are some major headaches that come with the process.

Europa is a hugely powerful radiation belt from Jupiter which makes sustaining life on it very impractical. One option to counter this could be building huge radiation shields, but a more likely outcome would be to create a magnetic field around the moon that would deflect the harmful radiation. Furthermore, similar to Ganymede, the rotation would need to be sped up from 1.78 Earth days to 24 hours. This could be done through asteroid impact, which would also benefit the terraforming process by introducing extra heat.

As mentioned above, the moon has a huge abundance of ice, which when melted after a new atmosphere is introduced, would essentially flood the majority of the surface. This means humans would have to build floating cities or form continents from imported material.

Probably the hardest and most inhospitable candidate of Jupiter’s moons. A whole terraforming process would be incredibly difficult but smaller scale colonies present a more realistic chance. Io resides in the radiation belt, similar to Europa, so would need either shields or a magnetosphere put in place.

Overall, Io doesn’t win the prize for being the most attractive, straightforward or useful terraforming candidate of Jupiter’s moons.

The last of Jupiter’s moons and the second largest of the Galileans, Callisto is roughly 99% the size of Mercury but with a substantially smaller mass. Callisto makes for one of the most attractive propositions when it comes to terraforming. Much like some other candidates there is an abundance of water (ice) on the surface but, unlike the others, it is at a far greater distance from Jupiter. This means that the radiation belt, that affects the others, presents a far smaller problem.

As with all these candidates, due to the vast distance between them and the Sun, a process of heating would need to be applied to Callisto in order to melt the surface ice and also sustain life on the surface with a stable atmosphere.

Are Any of the Candidates in Jupiter’s Orbit Good for Terraforming?

Overall? Probably not. Realistically, they would take up a vast amount of time, effort and resources to even get to the most basic levels of life sustaining terraforming. Instead, chances are we would use these moons as resource bases and harvest their natural materials during the terraforming of other, more suitable candidates.