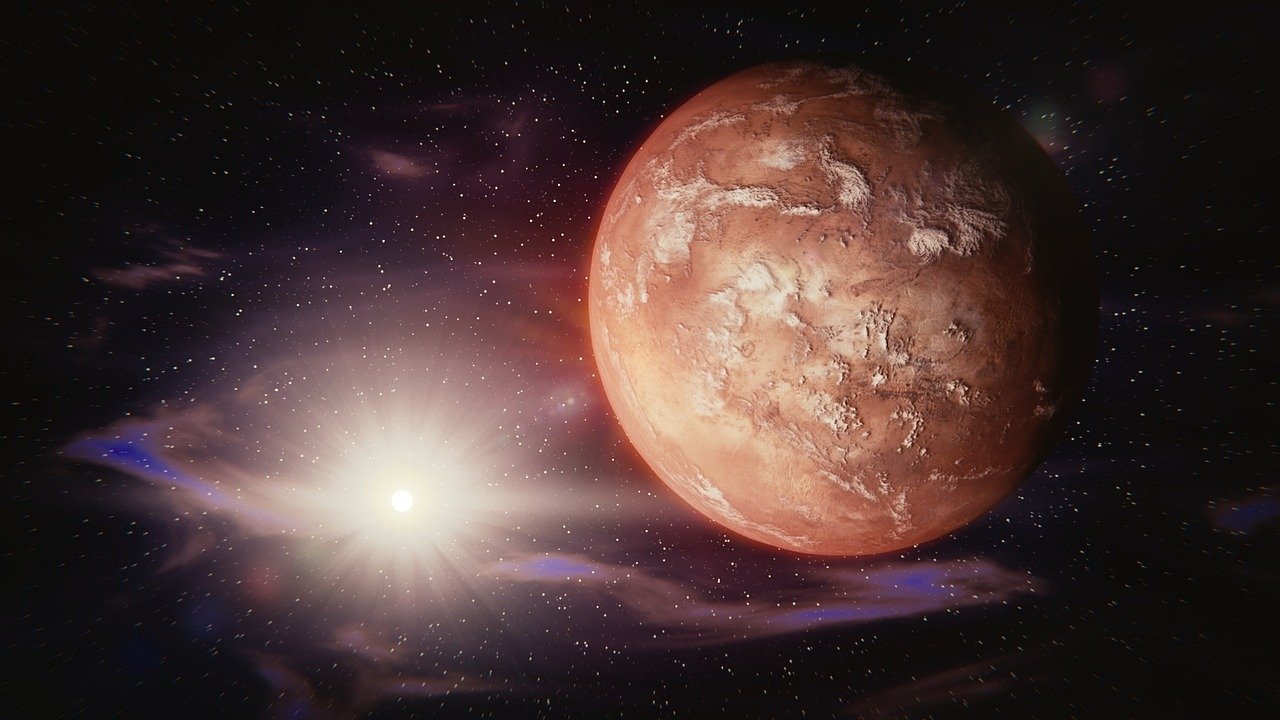 From canals to Martians, we take a look at the history of the Red Planet.

It’s easy to pass cheap judgement on the brilliant minds of the past when we explore the history of Mars. But you might be forgiven for believing in Martians when you are viewing the planet from more than 50 million km away through the world’s first telescope. What we know about our dusty red neighbour has increased parallel to developments in astronomy and space technology, and we are still making new findings to this day.

The first recorded observations of Mars were around 400BC

And you won’t be surprised to hear that in those times not a lot could be said for Mars. It was known simply as a fiery red colour in the sky. As was typical during this time, the Greeks decided to give this coloured dot a name. They chose the name Ares, after their god of war. The Romans preferred the name Mars, after their own warmongering deity, and the name stuck.

Galileo was the first person to see Mars through a telescope

The father of observational astronomy, Galileo Galilei, was the first to magnify the image of Mars via telescope in 1609. By the end of the same century, ideas about extraterrestrial life on Mars are considered for the first time. Fast forward to the end of the 18th century and, through advances in telescopic technology, the vital statistics for Mars had been uncovered. Most notably, its distance being 54 million km from Earth, its day being 39 minutes longer than Earth’s, and its two neighbouring moons. During this time, Sir William Herschel also concluded that not only do aliens live on Mars, but also the sun. Clearly, further investigation was still required.

In 1877 Italian astronomer Giovanni Schiaparelli described the lines he could see on Mars through his telescope as “canali”, which translates to “channels” in English. ‘Canali’ was misinterpreted to mean canal by American astronomer Percival Lowell. Considering canals to be a man/alien made entity, Lowell dedicated his life’s work to publishing books which suggested that Martians had been busy constructing a complex water supply system on Mars. As a result, Martian mania was born.

Adding fuel to the fire, a young Orson Welles produced a radio adapted version of “The War of The Worlds”. Presented in storytelling format, the broadcast unintentionally beguiled New York listeners into fleeing their homes, in the belief they were under attack from the inhabitants of Mars.

The world of media got wind of the fascination with Mars, and the idea of Martians gave inspiration for comics, movies and music. Rest in peace, David Bowie.

It took until 1965 to debunk the existence of Martians

In a blunt and conclusive manner, the NASA-launched Mariner 4 space probe broadcasted to Earth images of a dusty barren wasteland. There was a collective groan from the conspiracy theorist community, and Martian mania was as good as over.

While the fantasists amongst us felt disappointment, others saw an opportunity for a new home for humanity. Curiosity, the NASA space rover, was sent to Mars in 2012 to inspect whether its conditions would be suitable for supporting life on the Red Planet. While we have proven the lack of water on the surface of Mars, there remains hope that dormant life may be present beneath the surface. That is all we need for our imaginations to run wild!